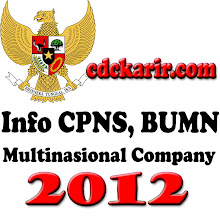 For further information, please refer official source from PT Jasa Raharja (Persero) on following link below. Should you are interested and qualified, please come in persons and bring all required application documents above directly to all branches of Jasa Raharja in all over Indonesia.Latest date 7 August 2019.
Official Information
All applications are appreciated and will be treated confidentially.Only qualified, short-listed applicants will be invited for furthers process.
Disclaimer: Images, articles or videos that exist on the web sometimes come from various sources of other media. Copyright is fully owned by the source. If there is a problem with this matter, you can contact