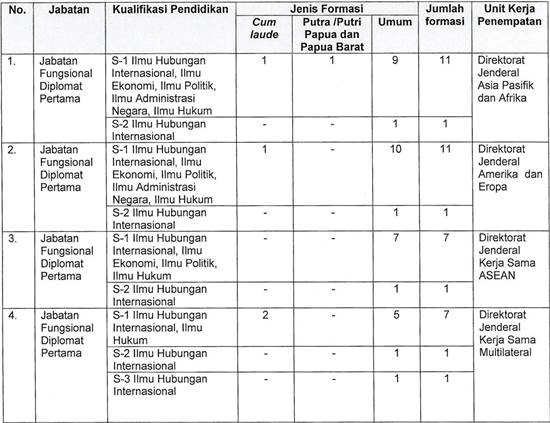 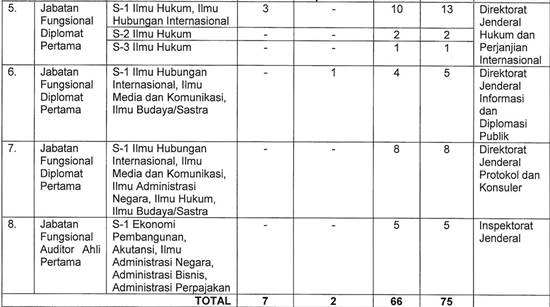 
For more detail information on the requirement, how to apply, please refer official source from Kementerian Luar Negeri on following link below. To apply for, please register directly through sscn.bkn.go.id and register to https://e-cpns.kemlu.go.id/ (11-22 September 2017, 23.59 WIB).source
Applications received after these dates will not be considered. All applications are appreciated and will be treated confidentially.Only qualified, short-listed applicants will be invited for furthers process.